Cancon steers its focus on implementation 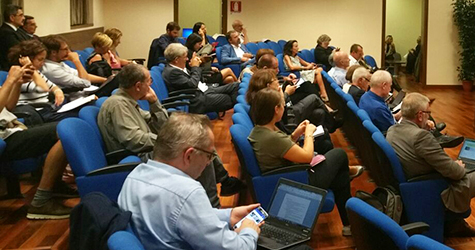 Implementation of Cancon recommendations in the EU Member states and beyond will be the next step for a successful joint action, several speakers noted at the Rome policy conference on 16 September.

Cancon coordinator Tit Albreht from Slovenia told that Cancon will be transparent and open for discussions during the coming months at several meetings until the final conference in mid-February.

Patient advocates have been closely collaborating with Cancon during its 2,5 years of activities. This is why Kathi Apostolidis, ECPC vice-president from Greece, raised the question of implementation. - How do we make sure that Cancon is not just another Guide on the shelf, she asked.

WP2 dissemination leader Sakari Karjalainen noted that the aim of the policy conferences is to look beyond the Cancon project. The final conference in Malta does not mean end of activity.

- Cancon results will be available and easy to access to different stakeholders, Dr Karjalainen said referring to the European Guide for the Quality Improvement in Comprerensive Cancer Control. It will be published in early 2017.

There is clear synergy in prevention with recently launched update of the European code against cancer. One of the forthcoming Cancon policy papers is dealing with prevention.

- We need easy access to Cancon recommendations and then recognition and support for those recommendations from the governments. In general, we need research. Cancon is an excellent example of evidence-based policy action, Dr. Karjalainen concluded the Rome policy conference.

In addition Tit Albreht urged to give feedback from the stakeholder event held in Rome on September 15th.