Better coverage and awareness of screening needed in Latvia 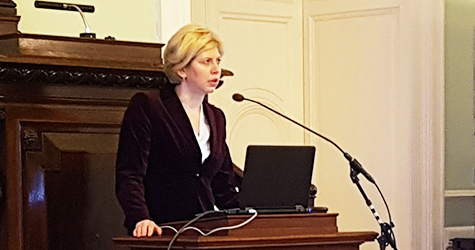 According to the Minister of Health of Latvia Anda Cakša the situation of cancer screening is rather bad:
- A better coverage is needed, and in order to achieve that we need to raise the awareness. We are also developing patient pathways in Latvia.

Cakša opened the Regional Cancer Control Baltic Policy Conference in Riga on 19 January. The conference itself was organized from the request of the Minister.

Among important guests was also the former President of Latvia, Mr Valdis Zatlers. He emphasized the importance of cancer tests.

One of the speakers and Latvian representatives in Cancon, Mārcis Leja, says that the conference was important for setting out the organized national screening programme in the country.

- We still need to learn from each others, so the Cancon recommendations on screening give good guidelines for the Baltic countries. The Czech Republic might serve as an example in relation to centralizing registries and data sources, linking them to the reimbursement system. As well as Slovenia and The Netherlands could provide good experience in colorectal cancer screening organization.

The Cancon outcomes and recommendations were presented at the conference, especially the improvements in equality of cancer care (WP 6) and organized cancer screening (WP 9).

In addition to the Baltic situation the current cancer screening programmes were introduced from the Netherlands, England, Norway, and other countries.

The conference was filmed and a video will be avaiable soon.