Cancon has ended – thank you for all! 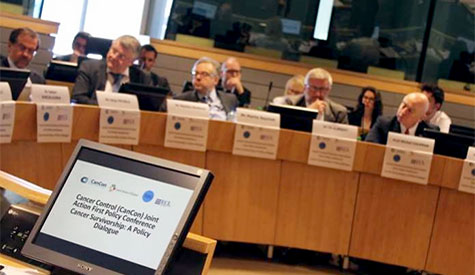 Cancon joint action on cancer control ended already on 23 February, and now we are closing down the communications. It’s been productive and interesting three years, thank you all!

Nevertheless we are sure that the work against cancer continues, and Cancon recommendations and outcomes are disseminated further. A good example of this is a National policy conference in Italy on 12 May.

Let’s not make the Guide as just another book on the shelf.

In addition a new joint action “Innovative Partnership on Action against Cancer” is already under preparation.

The communication team wants to wish all the best for the future!