An active network of European cancer control experts already exists according to the network analysis carried out by the Cancon Dissemination work package. The network includes governmental, NGO’s and hospitals/health care providers; people who are involved in Cancon.

The existing network will enable improved communication flow and cooperation in cancer control. The results of the analysis are used in the strategic planning of Cancon communications.

According to network analysis, there are communication clusters in different countries. They exist in Finland, Italy, EU, Spain and France, Baltics, and Slovenia. However the clusters are reasonably well connected and information flows from one cluster to another. 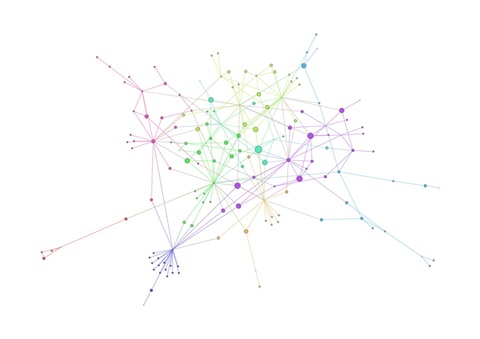 On average, the respondents want more contact with the same people they are currently in contact. This suggests some people may be burdened by the existing communication and they may form a bottleneck.

Cancon communication will even this burden and deliver topical information via the website, newsletter and other channels simultaneously to several respondents.

Similar organisations tend to communicate together

With the network analysis the Dissemination work package wanted to map the current communication network and the “wish-list” network for communication partners in cancer control in Europe.

Cancon communications will utilise the existing network and improve the communication and cooperation across the organisations.

Engagement and reciprocality in focus

According to analysis, the most preferred channels of communication are e-mail messages, newsletters and website. Most of the respondents opted for weekly or monthly communications.

A special attention will be on engagement and reciprocality. These are carried out for example by using several channels according to audiences and continuous collection of feedback.